Developer Michael Barnett, 43, of Hopewell Junction has been indicted for his involvement in the Vineyard Commons senior housing project in Highland.

From the start, the luxury rental project became mired in controversy and debt to the point where the federal Housing and Urban Development agency, who insured the loan, eventually auctioned off the mortgage in August 2012 to the True North Management Group, resulting in a $27 million loss. They in turn sued to foreclose on Vineyard Commons Holdings LLC (in wife Denise Barnett’s name) on Nov.16, 2012, resulting in the Barnett’s filing for Chapter 7 bankruptcy two weeks later on Nov. 30, 2012, claiming they owed creditors more than $24 million. 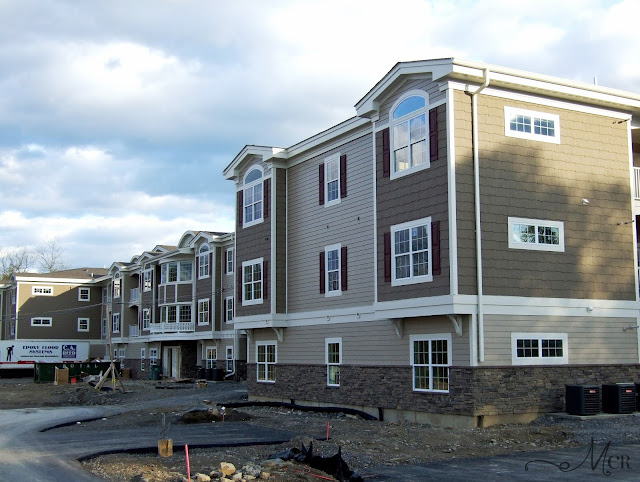 A timeline of the Conspiracy charges is documented in the indictment. In 2009 Barnett hired a General Contractor (unnamed) for the project, who in turn sub-contracted a framing company (also unnamed) responsible for framing and rough carpentry. A private lender [‘Mortgagor’] in Washington D.C. provided the financing, a $46 million loan, which was insured by the Federal Housing Administration [FHA] of the department of Housing and Urban Development [HUD]. The indictment states that Barnett “used his position as the developer of Vineyard Commons and the Future Projects to enrich himself by, among other means, persuading contractors and subcontractors to provide him with kickbacks and to invest money in Vineyard Commons and the Future Projects.” The indictment states that Barnett provided the Mortgagor with false and inflated invoices so the company would provide him with HUD-insured funds.

From 2008 to 2010 the General Contractor and sub-contractors did invest in Vineyard Commons, in part, because Barnett led them to believe they would be hired for work at Vineyard Commons and possibly for future projects, according to the indictment.

The indictment reveals that in 2009 Barnett solicited sub-contractors at Vineyard Commons to provide their labor and materials to construct a pool house at his home residence. Some agreed to do so and would either absorb the cost or falsely build the costs into those related to Vineyard Commons or on future projects. Again this was based on the premise that working at Barnett’s home would mean they would work on his other projects.

On Jan 19, 2009 the Framer furnished the General Contractor with a Final Bid for labor and materials for the Vineyard Commons project but by April 2009 the two agreed to provide this at a greater amount than the Final Bid, which was called the Contract Price. The indictment states that Barnett, the Framer and the General Contractor “intended that the difference between the Final Bid and the Contract Price (called Contract Excess) would be returned to Barnett as a kickback.” The following month the General Contractor agreed to provide Barnett with a $1 million letter of credit and in return Barnett “informally pledged” the Contract Excess to the Contractor as collateral. In June 2009 Barnett also obtained a letter of credit from the Framer in the amount of $650,000 in order to secure the HUD/FHA insured financing from the Mortgagor; promising the contract excess to the Framer as collateral.

On July 2, 2009 Barnett and others supplied HUD with the contractor’s and or Mortgagor cost breakdown. This included the Framer’s estimate, which exceeded his actual price for labor and materials by approximately the Contract Excess.

The indictment states that from July 2009 to January 2012 the General Contractor submitted his requisitions on HUD forms to the Mortgagor, which eventually were sent to HUD. The General Contractor certified that the information on the forms was true and accurate, which resulted in the Mortgagor disbursing HUD-insured funds each month on the basis of the requisitions. For this, Barnett was charged with making False Statements in the months of January, February and March of 2010.

The indictment highlighted the money trail surrounding Barnett and Vineyard Commons. On January 15, 2010 the Framer sent Barnett a check for $200,000 from the Contract Excess via Michigan to New York to a company Barnett controlled. This allowed Barnett to make a partial payment on his obligation to the General Contractor. This allegedly was done on Jan. 29, 2010 and resulted in the mail fraud charge.

The indictment also charges Barnett with Wire Fraud, stating that he obtained “money and property by means of false and fraudulent pretenses, representations and promises” through wire transmissions and faxes.

The indictment notes that Barnett “willfully and knowingly” made false statements on loan and credit applications in order to influence the action of the Federal Housing Administration. There are 13 instances listed in the indictment, from September 2009 through March 2010, when Barnett allegedly listed false and inflated dollar amounts in invoices so the Mortgagor “would disburse funds to which Barnett, the General Contractor and the Vineyard Commons were not entitled.”

According to the indictment, Barnett will have to forfeit “all property, real and personal that constitutes or is derived from proceeds traceable to the commission of the offense charged in Count One [Conspiracy] of this indictment.” This includes 10 Wintergreen Place in Hopewell Junction. If any property cannot be located because Barnett failed to mention it, or it has been substantially dimished in value, been sold or transferred to a third party, has been comingled with other property which cannot be subdivided off without difficulty or has been placed beyond the jurisdiction of the court, then his property at 6 Heather Court in Fishkill will be forfeited.

Barnett could not be reached for comment for this article.
Posted by Unknown at 1:42 PM