Last week a broad coalition of activists, environmentalists, and town officials, representatives of business, legislators, fishermen and concerned citizens from Albany to Westchester County gathered at Long Dock Park in Beacon to call upon General Electric to continue removing PCBs from the Hudson River and not to shutdown later this year. 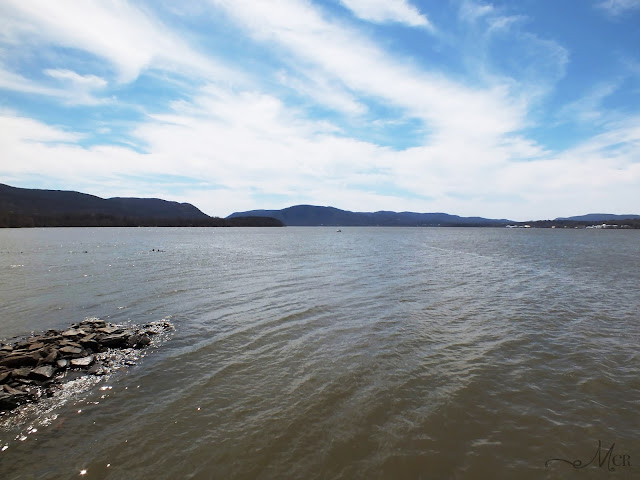 A group calling itself the Campaign for a Cleaner Hudson is pointing out that GE is slated to finish an Environmental Protection Agency [EPA] ordered cleanup this summer, two years ahead of schedule, but they are seeking to have GE continue their cleanup as they have for the past 5 years rather than shutdown this year. They have pointed out that if GE does not continue they “will leave behind millions of pounds of health-threatening PCB-contaminated sediments both north and south of the Federal Dam in Troy. That significant pollution will block the river’s recovery and waterfront revitalization for generations. If GE won’t accept responsibility for its toxic legacy, New York State taxpayers will end up paying the bill for the crucial cleanup work, namely the PCB-laden navigational channel of the Champlain Canal.”

To date 58 communities along the Hudson River have called for a more comprehensive cleanup and have passed formal resolutions “to pressure GE to not shirk its responsibilities.” GE released PCBs into the Hudson from 1947-1977.

Fisherman Gil Hawkins said the river is cleaner “but it is not clean. What will GE be remembered for; what is their legacy?” He said the river once had a thriving fishing industry but today is moving more toward recreational activities. He said he worries the river may not be clean for his grandchildren and even his great grandchildren. “Let’s keep this cleanup going until the job is done.”

Environmental Action Director Manna Jo Greene said GE has been doing a good job “but the cleanup that they are required under EPA to do is not the complete job. There is navigational dredging yet to be done and the Federal Natural Resource Trustees are also asking that additional 136 acre PCB contaminated sediment be removed from the upper Hudson. Furthermore, we want to be sure the floodplains and the backwaters that are still highly contaminated are cleaned up thoroughly and responsibly.”

Beacon Mayor Randy Casale welcomed everyone to his city and began by thanking Scenic Hudson, Clearwater, the Beacon Sloop Club [and] the Riverkeeper “because they have been the people who have been pushing to clean the river up.”

Leo Wiegman, Mayor of the Village of Croton-on-Hudson, said his town was “delighted” to sign on for a fuller clean up effort “for the simple reason; a healthy river is good for our protection of the public health safety and welfare of our community.”

Karen Mejia, Councilwoman of the City of Newburgh, said the health of the river should be a concern for everyone.

“Much, much more needs to be done and we’re going to do it with the coalition that’s here today,” she said.

Pete Bardunias, President/CEO of the Chamber of Southern Saratoga County, asked people to look at the bigger picture.

“What we’re very concerned about is the economic future of upstate as well as downstate; we feel it’s all tied together,” he said. “We believe not only tourism, but manufacturing still plays an important role in upstate New York.” He said it is important to “make sure our transportation resources are fully utilized the best they can be and that definitely includes the upper Hudson River and certainly we would like to see it fully cleaned for the recreational aspects as well.”

Paul Gallay, President and Hudson Riverkeeper, said it may appear that GE is being asked to do something “out of the goodness of their hearts because they are good corporate citizens or because they think it’s in their enlightened self-interest. I am here to tell you this is something that General Electric must do; this is not something that they can walk away from.” He said the wording of the law does not permit doing the first part of a cleanup “and then pretend you’ve finished the rest of it.” Gallay said GE has not cleaned up the floodplains or addressed the damages that the company has done to the fishing industry and the economic “sphere” and to the communities “who would like to fish, swim and boat safely. GE owes New York and the Hudson a debt. It has not paid off that debt simply by completing the first major phase of the dredging…They owe New York the rest of this cleanup. We are dedicated to assuring that they pay down their debt 100%.” He pointed out that there are still hot spots in the river that are  within 200 feet of where the company has been already dredging and it would be very cost effective for the company to remain to finish the job.

“That’s how easy it would be to have General Electric stay in the water and finish the job that would allow a quicker recovery of the river from the stand point of economic opportunity and the dredging of the Canal and having a quicker recovery from the stand point of having the fish edible more than one meal a month…Think about it, the damage done is enormous. We are going to get our fishery back to some degree but if General Electric tries to say we’re going to take a victory lap, we’re only half way through the race but we’re thrilled with our results and we think you should be too. That doesn’t cut it; it isn’t good enough…We care about whether they finish the job and satisfy the law.”

In a prepared statement, General Electric spokesperson Mark Behan said the company is meeting their responsibilities, noting that it was the U.S. EPA that made the determination of the size and scope of the project.

“GE is addressing 100% of the PCBs that EPA targeted in the dredging project that will be completed this year,” he wrote, stating that this project is one of the largest cleanups undertaken in the U.S.

Behan stated before the work began the EPA “evaluated a full range of options and considered detailed scientific analyses and extensive public input. He added that the EPA has determined that the current project “is meeting the agency’s cleanup goals and that no additional dredging is warranted.” Behan highlighted EPA spokesperson Walter Mugdan, who said in November, that his agency “will not, in the foreseeable future, be requiring or demanding GE to do any additional dredging.”

Behan said GE will be dismantling their dewatering, transportation and processing facilities used for dredging and cleanup, but added that “GE will meet its obligations in every respect.” He stated that after this GE will continue with habitat reconstruction in the areas that have been dredged, continue monitoring the environmental conditions of the river and will evaluate the floodplains on the shoreline between Ft. Edward and Troy.